Lauren's List of Little-Known Charities that are Making a Difference 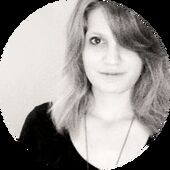 Tis the season to be giving, but really, we should be cognizant of the world's issues the other eleven months. This year, for my top 5 blog, I wanted to share some of my favorite charities that I have supported or been part of throughout the years.

There are a lot of nonprofits in the world, and it's sometimes hard to know which ones to back. Just this year, one nonprofit I've supported for years had allegations of misusing their funds, so I know the feeling.

But the truth is that there are a lot of amazing charities locally, nationally, and globally, that are helping to change the world around them. There are a lot of charities everyone has heard of, from UNICEF to the Humane Society to Red Cross, but I wanted to talk about a few charities that not everyone may be familiar with.

Did you know that 61% of low-income families have no age-appropriate books at all in their homes for their children? BookSpring hopes to end that. By working through schools, libraries, childcare centers and clinics, they distribute books to low income families, helping children be better prepared for their future. What's awesome is that they accept gently used books, so if you have extra kids books, pass the stories on to a child who might not have that opportunity. Get more info at bookspring.org.

So this might not be the most unknown charity in Austin, but it's one that I've loved working with. Austin recently celebrated its fourth year as being a no-kill city, which means that we have a live outcome rate of over 90% on a month-to-month basis. APA! helps to lobby, save, care, and find homes for thousands of dogs and cats. They are constantly in need of donations, volunteers, runners, adoptions, and most importantly, foster families. I mean, who doesn't want to come home to snuggle with those puppies then help them find a forever home? Learn more at austinpetsalive.org.

CASA of Travis County is a voice for children who've been abused or neglected in Travis County. Their volunteers act as advocates for them in the court for at least a year. CASA Travis is now one of the top ten CASA programs in the nation, supporting over 600 volunteers who advocate for more than 1,600 children a year. Learn more at www.casatravis.org.

Many groups will go into Bangkok's Red Light District and physically rescue girls from the sex industry. But the SOLD Project tackles the issue before it's an issue. They prevent child trafficking in Thailand by providing scholarships and resources to children at risk. By investing in the children's' education (seriously, only $16 a month), they have seen a dropout rate decrease from over 50% to 7%. Learn more at thesoldproject.com.

On the rescuing front, there is Project AK-47. Child soldiering has been called one of the cruelest forms of modern day slavery because it incorporates forced physical labor, subjection to war and sexual exploitation. They work with local communities in places like Mexico, Burma, and the Philippines, to rescue child soldiers from lives of violence, restore their identities, and reshape regions of conflict. Learn more at projectak47.com.

Loving what you do