On the Importance of Bringing Dogs to Work

Dog rescues a family from carbon monoxide poisoning. Dog calls 911 for their owner. Dog saves a baby from touching a still-burning comet.

We’ve all heard these stories, many of which live in our cultural zeitgeist for a reason.

Our relationship with dogs, scientists assume, started over 15,000 years ago, which has now, oddly enough, led them from our caves and into our high-rise offices. It is a journey that has mirrored our own. But why is it that now, more than ever, we’re finding our pets in places they shouldn’t be? Take a look around. See the Doberman drooling over the risotto at the Village Inn? Isn’t that a Labrador, courtside, at Madison Square Garden?

Dogs are badging-in all over. They’re cohabitating with us in apartments, buses, and airlines. And they are, most certainly, joining us at work.

This isn’t a new phenomenon, either. Dogs came to work with us during the Middle Ages. Think 14th century France, Bloodhounds were trained to take outlaws down by the knees. But when dogs joined us on the workforce then, there was a purpose, a hunt, a need. Now, any employee with a pulse can bring their dog into work at Amazon HQ.

Yet, should we be so surprised?

In recent studies, it’s been discovered that when humans pet our furry friends, the chemical serotonin is released in our brains, just from that small action. What’s more, is that scientists have found that having dogs join us in the workplace tends to lower stress hormones, increase workplace morale, and increase coworker cooperation. In the last five years, the American workforce has seen a four percent increase in companies allowing pets at work, and with 77.5 million domesticated pet dogs in the United States alone, such an increase could mean an even bigger boon for the economy on the whole. Additionally, according to studies, roughly 55 million Americans believe that pets in the workplace increase creativity output, and decrease absenteeism.

Let me be the first to say that I wasn’t initially sold on the idea when I first started working here at Masonry. Since starting in May, ownership has encouraged us to bring our pets to our small corner of East Austin. My dog, Peaches, a Rottweiler mix, is extremely well-mannered. She sheds but only seasonally. She begs but only during particular moon phases. She barks but only at her own reflection. It’s these things though, that initially caused me to seize up at the thought of bringing her in. I was still new and didn’t know the location of mirrors, the emotions of coworkers, and I had yet to understand the mysteries of our moon. But finally, one day I brought her. It was unplanned, wholly spontaneous, and entirely without regard. I simply grabbed her leash, headed for the door, and allowed her to follow.

Now, almost two months later, it has become routine. Our relationship has grown stronger and her days spent waiting for me to get home are over. She has acted out, of course, and at times has become too much of, well, a dog, but overall she’s a stress reliever. Whenever I need it, I can turn around in my chair, and rub her behind the ears and think: Dog comforts man during a stressful day at work, and the feeling is mutual, because we make their lives a little easier in the process, too. 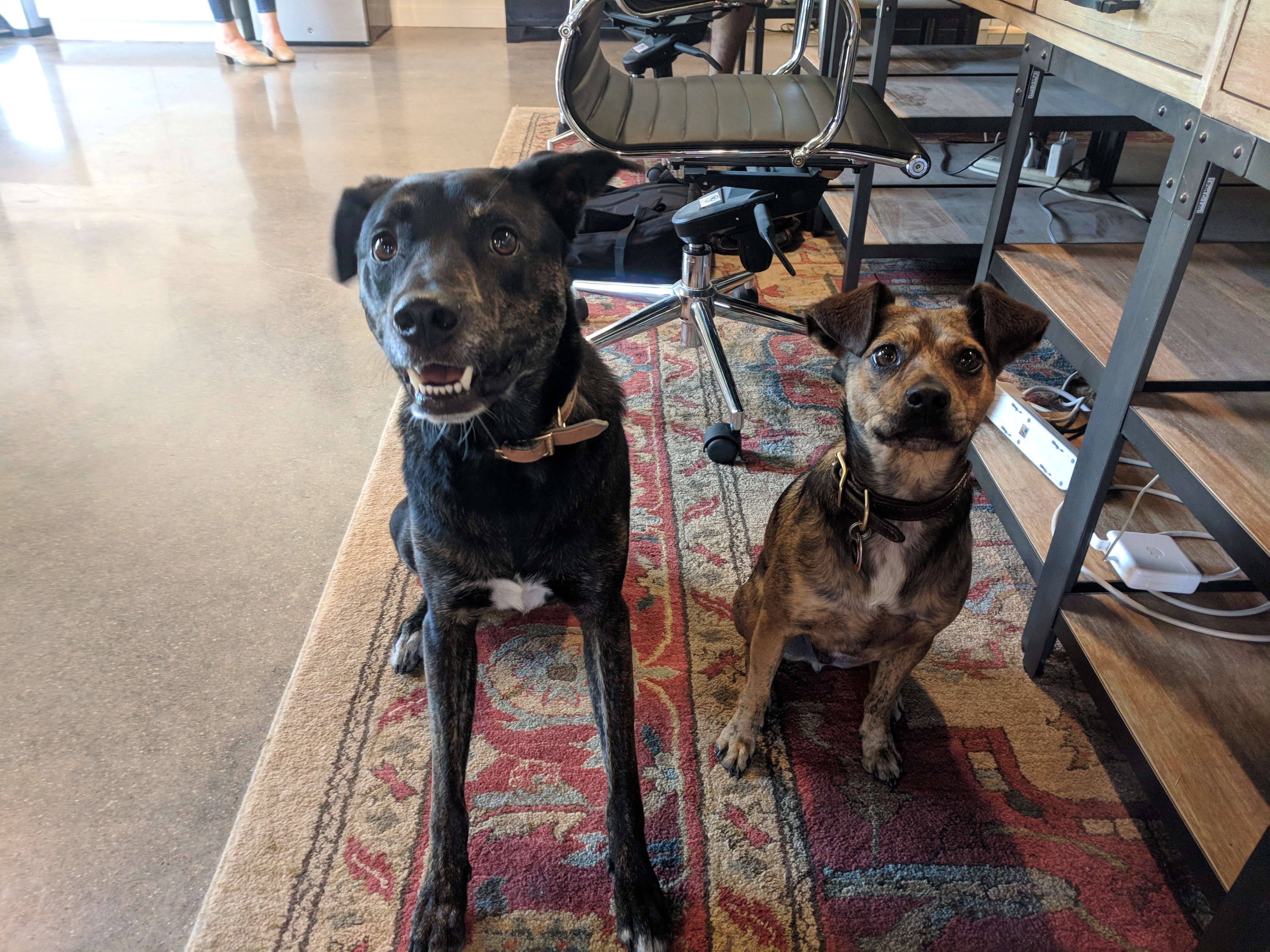