How words are accepted into our cultural zeitgeist in the blink of an eye.

Not to brag, but even though history wasn’t interesting to my pink-cheeked high school self, it was something that came naturally. With no shortage of that teenage pride, I thought history was just a useless skill to throw onto the pile of other useless skills I was too cool for.

But history informs our reality, our humor, our technology. From the dusty fringes of industrial era invention to the constant low-hum of the technicolor information age, history frames our entire means of communication. History, especially in its most recent interval, allows us to relate to the flash-in-the-pan humor of memes, and the slow, groan-worthy dad joke that is the snowclone.

I promise, this isn’t a history lesson, nor is it a grammar lesson; this is a love letter to the snowclone, that persistent earworm that as a culture, we just can’t seem to shake.

Not to be confused with Richard Dawkins’ now-ubiquitous concept of the ‘meme’, a snowclone started as a neologism -- which is essentially an idea that hasn’t taken hold just yet, but means something to a small group of people. Coined in 2004, the snowclone took on the new meaning of acting as a template of words for “lazy journalists”. They include phrases already in the collective consciousness, but replace one word for something that might more closely relate to the story.

Snowclones have a particularly loose definition within the zeitgeist, but they’re described by Snowclones.org as having a few ground rules, including, “a high number of google hits with significant variation evidence for a phrase’s snowclonehood. Snowclones are a subset of cliches, but not all cliches are snowclones. (Depending how how strictly you define “cliche”, not all snowclones are cliches, either.) Your favorite Simpsons quote is not necessarily a snowclone.”

A full, glorious list of snowclones and their usage are being tracked here.

Even though the usage of / interest in the word ‘snowclone’ has dipped in popularity since 2004, according to Google Trends --

-- the actual use of snowclones have, if anything, only become more popular over time. ‘X is the new Y’ has more than one billion variants in Google, and both ‘X and Y and Z, oh my!’ and ‘have x will travel’ have 10 million+ variants in Google each.

The most egregious instance of snowclone usage we’ve seen is based on Hamlet’s “to be or not to be”. Just using wildcards to find variants on Google pulls clone after clone after clone, with upwards of 10 million instances in search. 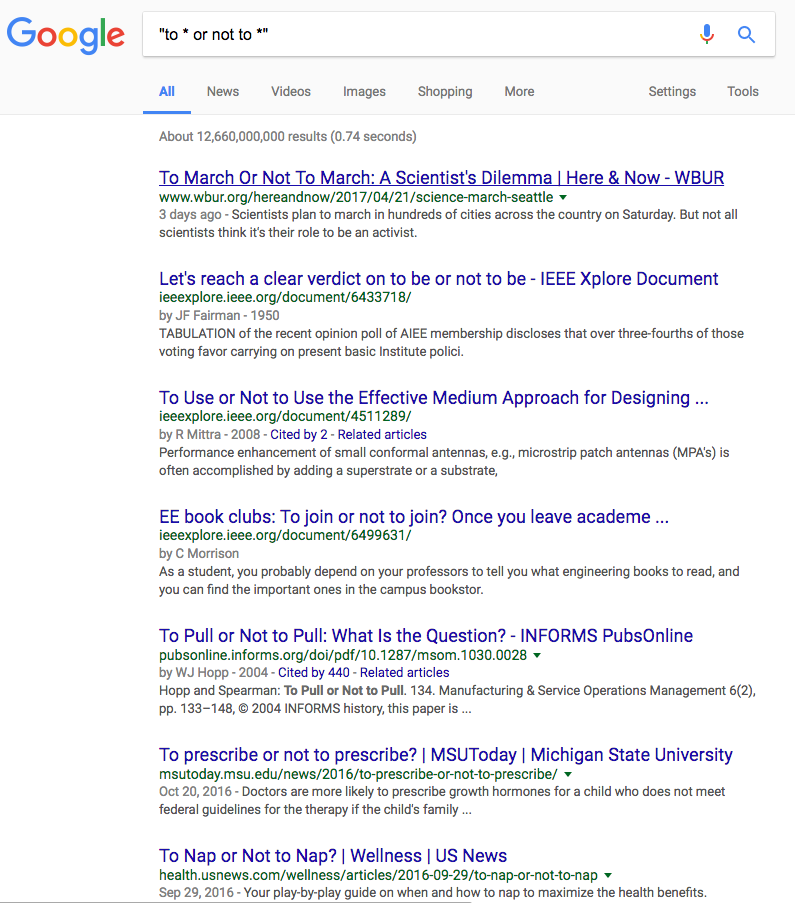 Why are phrases like these so infectious? They’re like any good idea. They start in one small corner of a blog / book / film / song and are so catchy that they spread, fast. According to a study published in Psychological Science by two UCLA doctoral students, the way ideas, memes or snowclones spread is innately hardwired into our brains.

“Our study suggests that people are regularly attuned to how the things they’re seeing will be useful and interesting, not just to themselves but to other people. We’re wired to want to share information with other people. I think that is a profound statement about the social nature of our minds.”

Let’s take this a little broader and look at this from the perspective of ideas in marketing, and the rapid fire speed by which they spread. Legendary Marketing genius, Seth Godin, recently did a TED Talk on the reckless abandon ideas tend to have, citing “x is the greatest thing since sliced bread”, as an example. Godin makes note that great ideas spread -- particularly in advertising -- because you’ve made someone relate to you. You’ve touched on something they care about, instead of telling them about what you’re trying to sell.

“[In the past] it was all about going for the center. But in a world where the TV-industrial complex is broken, I don't think that's a strategy we want to use any more. I think the strategy we want to use is to not market to these people because they're really good at ignoring you. But market to these people because they care. These are the people who are obsessed with something. And when you talk to them, they'll listen, because they like listening — it's about them. And if you're lucky, they'll tell their friends on the rest of the curve, and it'll spread. It'll spread to the entire curve.”

As with any good idea, it blooms from historical context. Snowclones are fun for that very reason. But if you can turn history into a unique piece of work, you can dial into an obsession; fresh work begetting new excitement. And hopefully, against all odds, you can become something that resembles human.

On the Importance of Bringing Dogs to Work