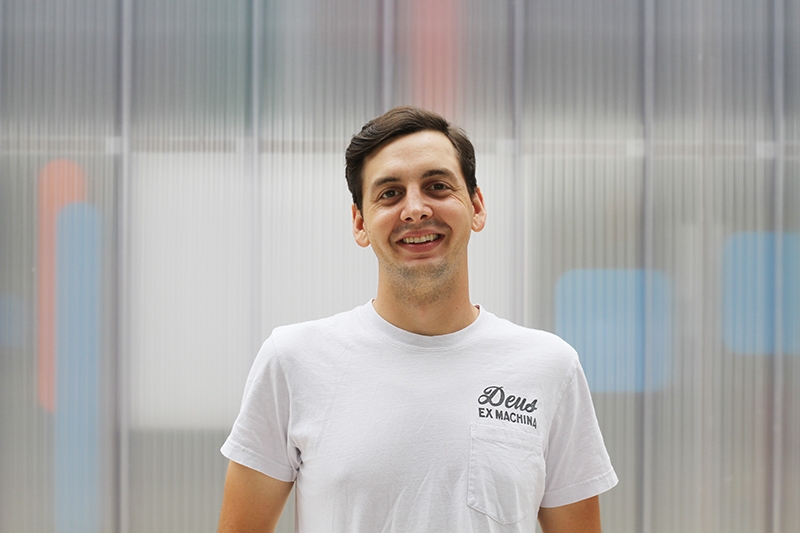 So far, since the beginning of 2018, we've officially launched five websites, and have a few more under our wings before the Summer ends. That's a lot of great forward motion, and it's exactly why we're pleased to help you get to know our newest member of the Masonry team, Will Byargeon, Graphic Design Intern.

Let’s get to the basics: where are you from / what are you getting your degree in?

I grew up in Tomball, a suburb north of Houston. It’s a pretty small town so I still keep up with a lot of people from there pretty regularly. I’ll be graduating with a B.S. in Advertising from UT Austin in August.

What is your favorite thing to do in Austin?

Oh man, that’s a hard one! I recently got into skateboarding so I’ll say that. The community in Austin is really active but also very welcoming to newbies like me.

What generally makes you feel accomplished at the end of the day?

Making good use of time, whether that means being productive throughout the week or feeling rested after being lazy on the weekend.

What would your dream project be?

I’m a huge fan of screen printing. I’d love to design and print something physical like a poster or shirt for bands at some point in my career.

What is your favorite Austin hangout / best place to get a drink?

I don’t think I get out enough to have a definite answer, haha. I do like a dingy dive bar with a pool table though.

If you could only eat one food for the rest of your life, what would it be?

I am related to Mike Dean, a pretty prominent music producer who got his start with Selena but has also worked with artists like Kanye West and Beyoncé more recently. He came to a family reunion last summer and was super humble about everything. At some point we were all singing karaoke together, and it occurred to me how weird that situation might be without context.

Would you rather never have coffee again or live without TV forever?

I could probably do without all the Netflix and Hulu binging. Coffee is a must though!

What television character do you most identify with?

I always liked Arnold from Hey Arnold! Running around on adventures with your friends and helping people is something I hope to do more of one day. What’s up

Nothing in particular, unfortunately. Every time I move, a copy of comics like The Far Side Gallery or Garfield always seem to stick around.

What career would you choose if you weren’t a Designer?

It seems like it would be really fun to work on the production side of an animated show. Every time I watch a show like Bob’s Burgers I just think about how much fun they’re having behind the scenes.