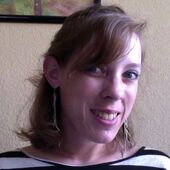 Great content marketing doesn’t have to be complicated—the most minor of content pieces can leave a lasting impact. Take the Ice Bucket Challenge of 2014, which started as a viral movement. Participants recorded drenching themselves in ice water for the charity of their choice, then challenged their friends and family to do the same. Supporters of the ALS Association saw the potential in the idea and adopted it, not only generating awareness about the health condition but also raising a record-breaking $220 million. Today, the ALS Association continues to play off the water concept with its annual Every Drop Adds Up giving campaign.

On the flipside, great paid digital advertising involves a shorter game with the goal of making a bigger splash. The #LikeAGirl campaign from Always relied solely upon a hashtag and a few paid advertisements on YouTube. The paid efforts, combined with a memorable, easy-to-use hashtag paid off. Always elicited a positive, nationwide response, effectively changing “like a girl” from an insult to a praiseworthy achievement.

Both examples accomplished similar things, which can cause some confusion about which type of content is more effective. The answer to the question lies in thinking about means and ends. While the ends of content marketing and digital advertising might be similar — brand awareness, website traffic, leads or paying customers — the means, the strategies and key performance indicators (KPIs), differ.

Content marketing can be thought of as a fishing hook. It drifts in the water, waiting for a person to bite. It’s a passive content vehicle, but it attracts attention in different ways—a solid SEO strategy, an email newsletter or, perhaps, a social media campaign. The hook by itself, after all, never gets a bite; it needs a lure to invite interest.

Content creation takes time, though, as does seeing solid results. Because of that, content marketing requires a long-term commitment. It won’t pay for itself in a month. It will, however, pay for itself year-after-year.

Digital advertising is much different in that it seeks viable audiences and attempts to deliver highly-targeted, hyper-specific ads with equally granular KPIs to measure the success rate of the campaign.

Unfortunately (or fortunately, depending on your perspective), the targets know what’s up. They dart around the internet, making it difficult to pinpoint their exact interests. And, if they see advertisers coming their way, they either scatter like jackrabbits into the bushes or throw up an ad blocker. If you have a truly great ad experience, they’ll go out of their way to click through.

How the Two Stack Up

In the context of your campaign’s KPIs, defining content marketing and digital advertising separately helps determine which strategy to choose. However, it always helps to look at current data about the cost and effectiveness of the two mediums, especially as they pertain to your specific industry.

Overwhelmingly, the numbers suggest marketers like us should invest in multi-level, integrated strategies. If you publish content without paying to promote it every once in a while, few will find it. And, if you’re using Facebook or LinkedIn as a part of your strategy, the point applies doubly—both of the platforms have largely become pay-to-play.

Inversely, if you only promote products or services via paid methods, audiences feel little incentive to commit to your brand on a recurring basis. You want interest, leads and loyalty, and achieving all three requires consistent content creation supported by the occasional paid promotion.

Finally, keep in mind that deciding between content marketing or paid advertising isn’t a zero-sum game. We aren’t comparing apples to apples here. But we are looking for the best way to impact audiences and KPIs. Sometimes that means paying to promote, especially when dealing with hyper-targeted campaign goals, but it largely falls to being strategic with all content, paid and owned.

Create the content, analyze its results, make some changes and analyze again. Then, let the numbers tell you what to do. They’re smart, and they’ll tell you whether to pivot more toward paid advertising or content marketing the next time around.

Erin Feldman is a content writer, editor, and strategist based in Austin, Texas. When she isn't writing other people's stories, she reads, draws and writes essays and poetry. Her first coloring book, Write Right Colors Shakespeare, is available for purchase on Amazon.